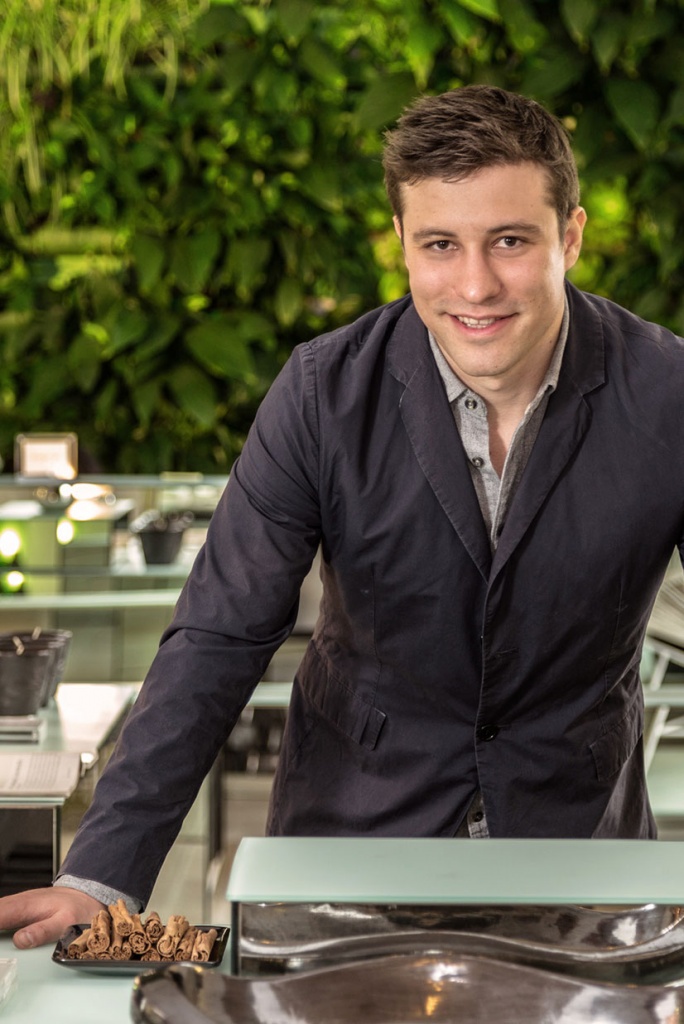 “We don’t want people to buy our products just because of the material or story… In the first instance it needs to be beautiful and aesthetic, and the second step – the story behind it – is what lets them fall in love with the object” David Pompa

Studio davidpompa is a nascent multidisciplinary design studio, which splits time between Mexico and Austria. We spoke to founder David Pompa about wrestling, collaboration and death in Oaxaca, known for its Barro Negro or “black pottery”.

I’m in Austria right now. I studied in London for two years; I’m a big UK fan. I grew up in between Austria and Mexico, I was born in Austria, and later I moved between both countries, especially in summer—I spent summers with family in Mexico City.

…But ‘summer’ is winter in Mexico isn’t it?

Yeah, kind of, but in Mexico City there is no real winter!

So you were living in Mexico City, not in Oaxaca?
Not Oaxaca no. The best friend of my father is from Oaxaca, and so on one of my trips he took me to see his family there and to spend a weekend, that’s where I got in touch for the first time with Barro Negro.

And where were you studying?

So the Minos Center Piece, is that what you mean by Barro Negro?

Exactly. This one would be the typical metallic finish, which is totally unusual for black pottery, elsewhere: there are black potteries in Argentina, in Brazil, in Peru, in Romania, but they’re all matte, they don’t have this kind of finish.

Yeah. And it’s just the natural clay, so there is no varnish. There are no chemicals, nothing. It’s just pure clay. So that’s how they described the material to me in Oaxaca, of course it’s really special, and I started to see how it worked and what was possible, and I saw that there was no contemporary design using this process… Which surprised me because it seemed very obvious to do contemporary pieces with that beautiful material. So that’s kind of how everything started with Barro Negro.

I wanted to ask you about the color, the blackness of it too. Because I suppose from an outsider’s perspective it’s more normal to associate Mexico with really bright, vibrant colors rather than black. Is there a significance to the blackness in Oaxaca, in terms of use? Is it symbolic?

Not really, not in a kind of cultural or philosophical way, that’s just how it’s done. It’s black because of the process, not the wish to make it black. There is a similar clay which is red and just at certain points black, but the most famous is the Barro Negro. I grew up with Mexican folk art, and all the colors were really popular all around the world. When I flew to Mexico as a child there was everybody with their sombreros, with all the bright folkloric objects; but when I started to work with traditional materials and to search for new artisans, I saw that there was almost none left because having the sombrero and all these colored ponchos at home just wasn’t trendy anymore. Tourists every year buy less and less of these really bright colorful folkloric things. Our first collection was quite bright with aqua colors and yellow, and we saw that wasn’t the way to go – that our focus was not about the colors. It’s more about the texture of the material.

Yes, so for example Studio davidpompa wants to design objects that are beautiful even if people don’t know about the material beforehand. We don’t want people to buy our products just because of the material or story… In the first instance it needs to be beautiful and aesthetic, and the second step – the story behind it – is what lets them fall in love with the object. So our main goal is not to design something that screams loud. Like you say, it’s a bit of a softer touch.

So can I ask you David, your dad is Mexican and your mum is from Austria? How did they meet?

My mum studied anthropology, and she came to Mexico to do her fieldwork and to interview the first female wrestler in the world, an old Mexican lady. So it’s kind of a funny story, she went to Mexico City to find her and interview her. And obviously the wrestlers that lived there at the time were in the rougher areas…

You mean Tepito – the “Barrio Bravo” or so-called “fierce neighborhood” known for its black markets?

Exactly, from Tepito, yeah. And so my mum was an Austrian girl with the blonde hair and really bright skin, and she was riding a bike in Tepito and my father just saw her and was just like “you should take a bit more care”, because it’s like, you know, “what are you doing here?” And that’s how they met! And then maybe half a year later they both came back to Austria, when my mother was already pregnant with me. They made me in Mexico and then I was born here in Austria.

Wow so you are literally in-between. That’s an amazing story. Was he a wrestler, your dad?

No, not at all! But the same best friend of his from Oaxaca used to live in Tepito at that time. So there’s the connection.

That’s why I was asking about the blackness, the ceremonial nature of Barro Negro, because I was thinking about Santa Muerte (the female ‘holy death’ saint) venerated in Tepito, and the celebration of death in Mexico which is something we don’t really have over here.

I think it’s a very beautiful tradition, to honor the dead in a more positive way, to celebrate not just in a sad way, as it’s done.

I couldn’t agree more. So is Barro Negro old, does it go back to ancient Mayan practices?

Yes. It’s a very very old tradition. It started as mainly just decorative items, the only function that they had was to contain a little mezcal, so there is a functional use, but apart from that it’s used a lot for decorative items. For wedding gifts, for accessories, but not in a functional way because it’s quite fragile.

Mezcal seems to be having a bit of a ‘moment’ in London. There’s a specialist Mezcal shop that just recently opened on Chatsworth Road in Hackney…

It’s a really funny thing. Because the same happened with tequila maybe 15 or 20 years ago. When my father was young he said tequila was for poor people, something really common, and there was nothing stylish about it, then suddenly it came out to be a really trendy drink and the prices went up. It’s the same thing happening now with Mezcal.

We missed a trick; we should be having a little mezcal rather than coffee and tea…

I wanted to ask you about the naming of your pieces, because I know that you make a “Margarita” lamp which is named after your grandmother….

Yes! So when we started to work in a commercial sense about three years ago, my grandmother was bad in terms of health. It felt really good to come back to Mexico to do something in my father’s country, and we didn’t know how long she’d be able to keep living—luckily she’s healthy now and she’s quite well again—but the idea was to give her a bit of… well to honor her, in a certain way. There are some items that have very meaningful names, and there are some that don’t. It’s really a very organic process of naming pieces.

It sounds like the honoring of your grandmother helped. I’m sure she felt it.

Yeah, I mean it’s really fantastic. There are really big projects. It’s so funny that for example Margarita is hanging around in big hotels, or in Starbucks… all over Mexico…

Lastly David, what is it like collaborating with artisans in Oaxaca?

Um, I would say it’s almost more of a social-cultural collaboration, and not so much about the physical fabrication, because the materials are really easy to work with. It’s more a matter of getting people to understand what we want to do and to be able to establish a professional way of working together. Because our aim is to sell beautiful objects with a deeper story, but also to help that community to find sustainable work. And that happens when you create sellable products in the end. That’s something that marks a big difference between our company and a lot of other people working with local products. Our idea is not just to design one beautiful object, it’s more about establishing a production so that people can live from it. Nobody is winning when an artisan produces one beautiful piece for a museum in London. So that’s the most important and the most difficult challenge of the collaboration: to establish a working environment that makes sense for the artisans, as well as for us and for our clients. 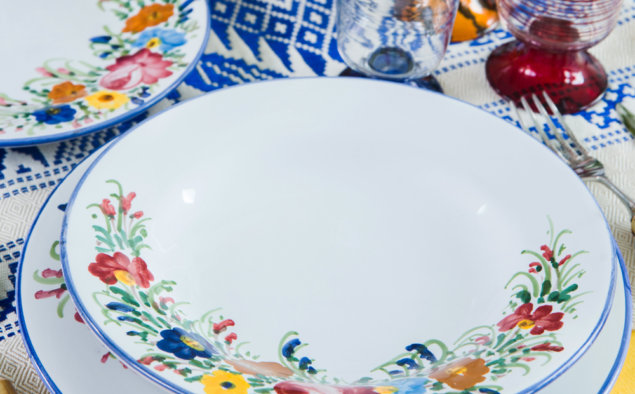 THE ART OF THE VERO ITALIAN TABLE
Taking cues from the ones that know how to eat -and look- best. Elevate your meals at home by learning the musts of a proper Italian table setting.   Italians don’t go for ordinary home accessories, they prefer the ones that evoke the landscape and lifestyle of their country, the colors they were surrounded by […] 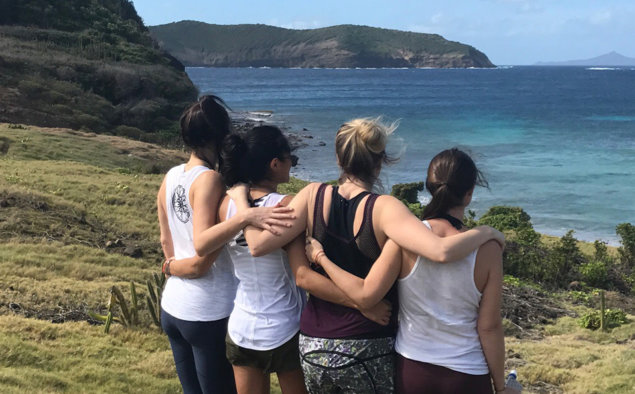 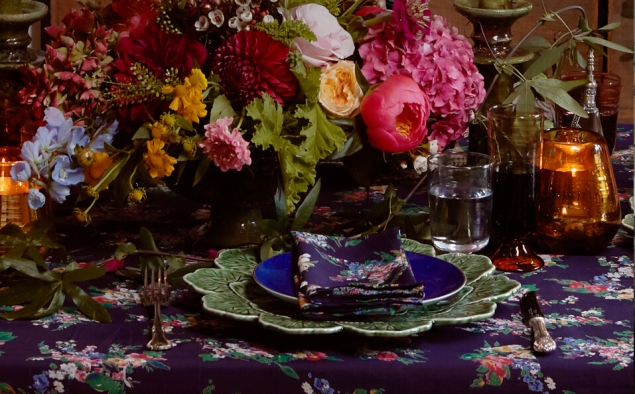 Fiona’s Picks
Get inside Fiona Leahy’s head while setting a delightful dinner table with her favorite Maison Numen pieces, in her London home.   How did you get involved with Maison Numen and what drew you to the brand?   I’ve known Jessica Macias for years and was very excited when I heard from her about Maison Numen. It’s […] 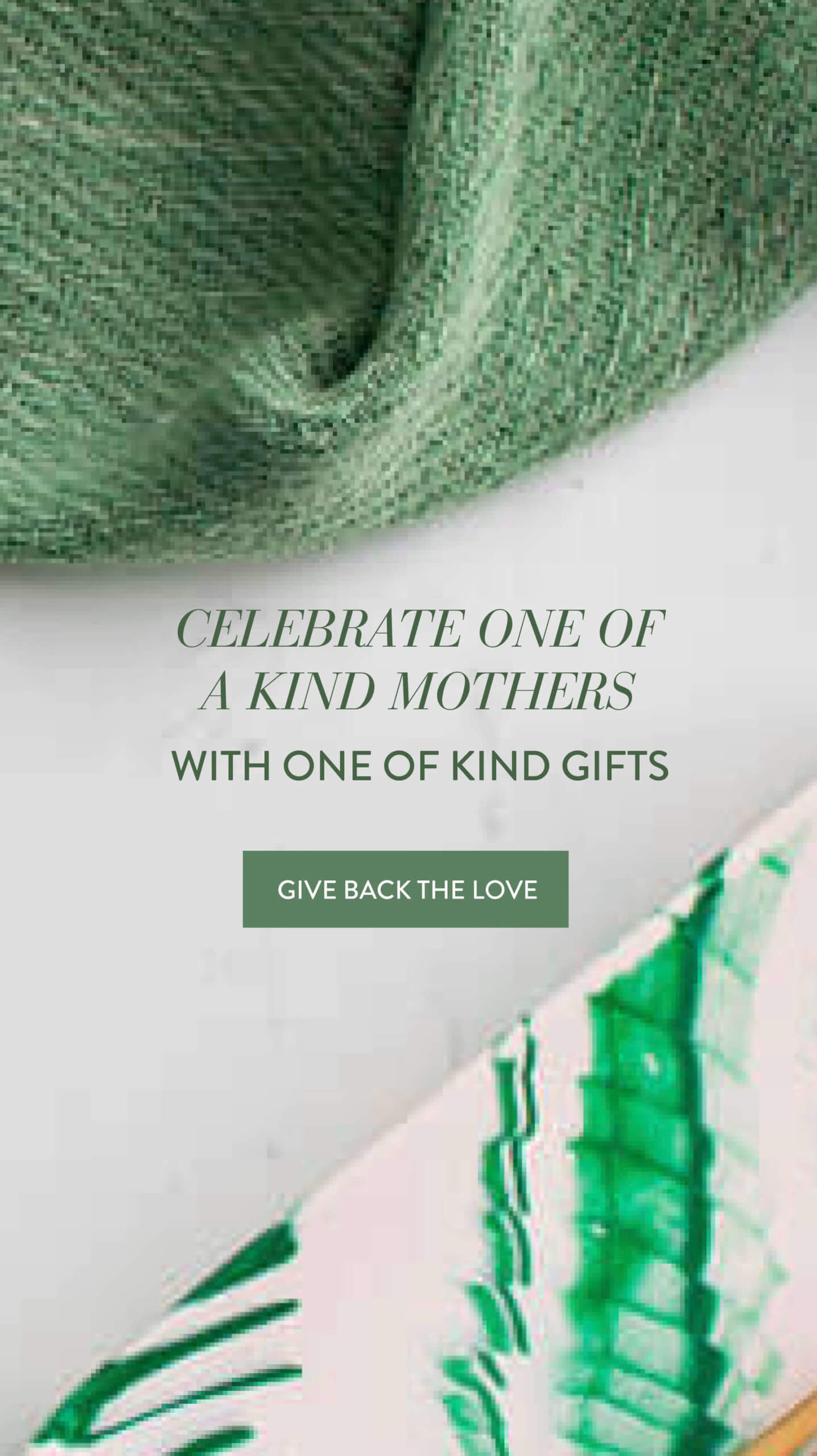 THE ART OF THE VERO ITALIAN TABLE
Taking cues from the ones that know how to eat -and look- best. Elevate your meals at home by learning the musts of a proper Italian table setting.   Italians don’t go for ordinary home accessories, they prefer the ones that evoke the landscape and lifestyle of their country, the colors they were surrounded by […]

Recycling Memories: Q de Bouteilles
Q de Bouteilles reimagines recycling by making sacred moments last through art, giving wine bottles a second life once they are emptied of wine, and filled with memories.
Weaving spirit shelters, the Mayan huipil
“The drama unfolds: while the toad sings at the mouth of the Earthlord's mountain cave, the Earthlord's daughters fluff cotton that will be transformed into rain clouds by a bolt of lightning. The scorpion's spiny tail stings the lightning that attracts the rain and produces the flowering fields...” The Florida Museum of Natural History 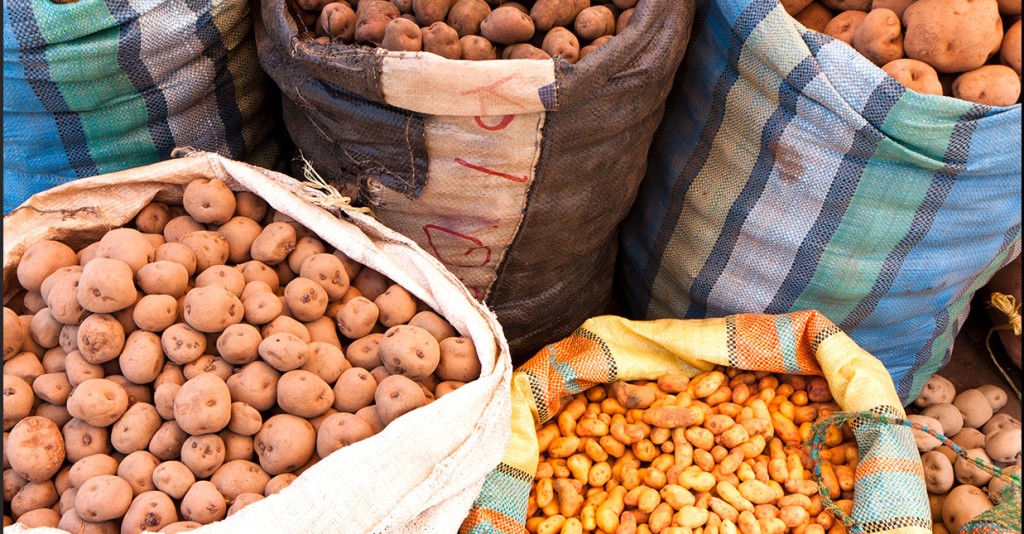 Going grocery shopping at the Incas’ playground
Often described as a Pandora box, San Pedro Market at Cuzco, a city that represents the sum of 3000 years of indigenous and autonomous cultural development in the Peruvian southern Andes, is one of those extraordinary places where people who are inspired by new colours and smells, and moved by authenticity with a hint of […] 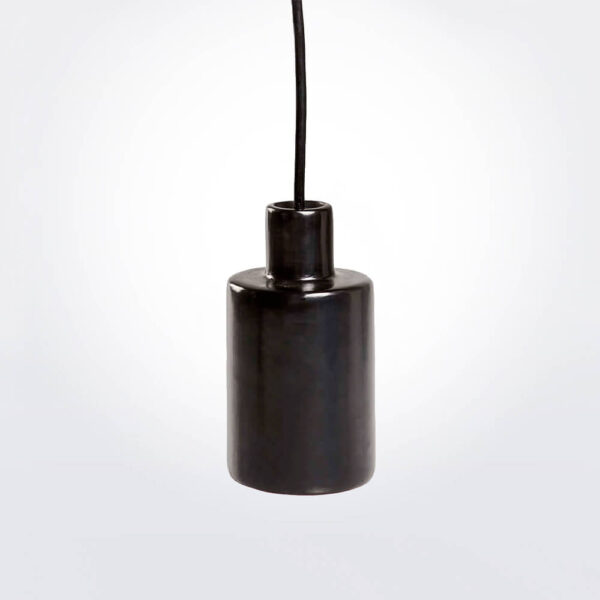 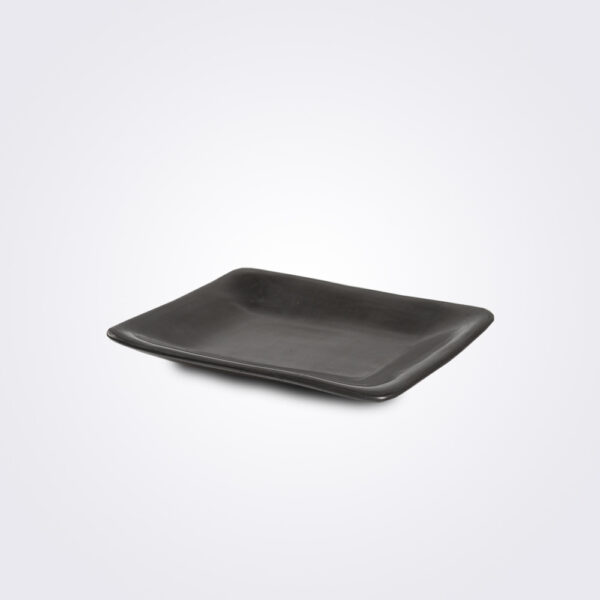 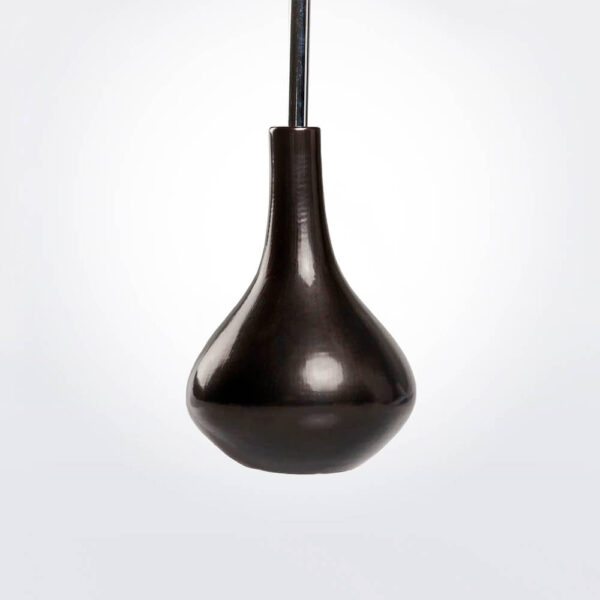 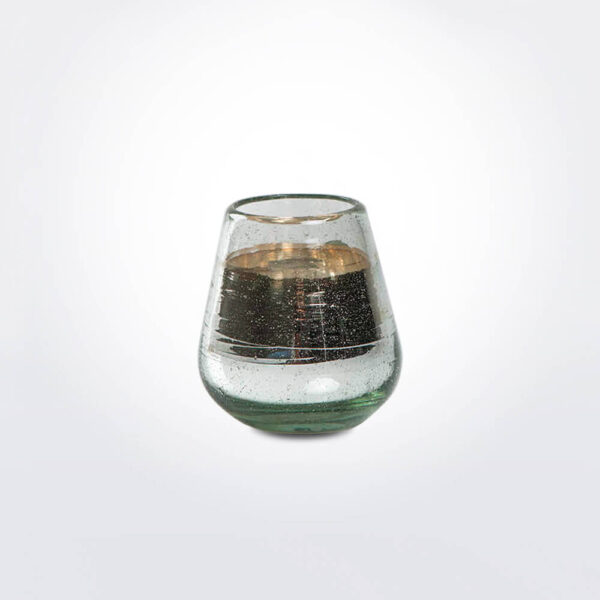 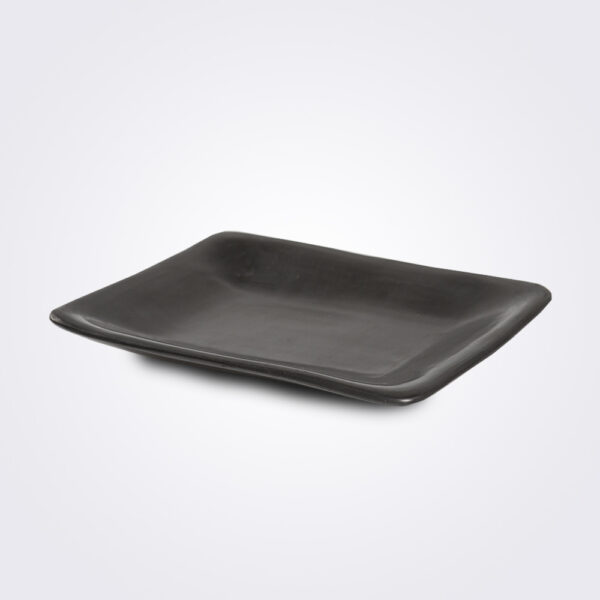 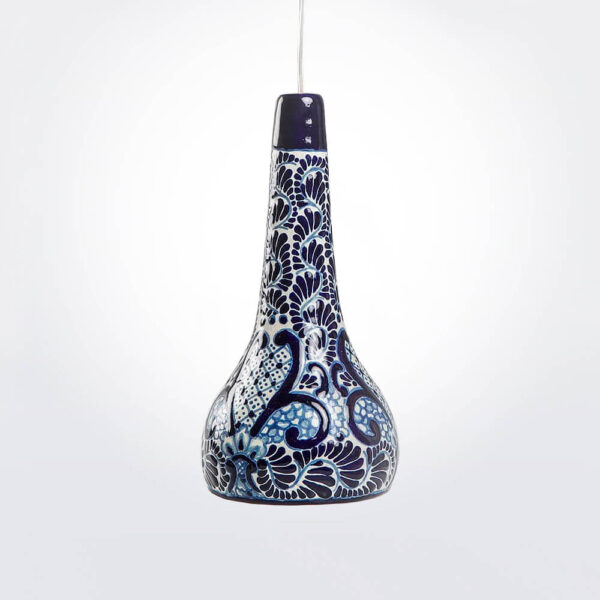